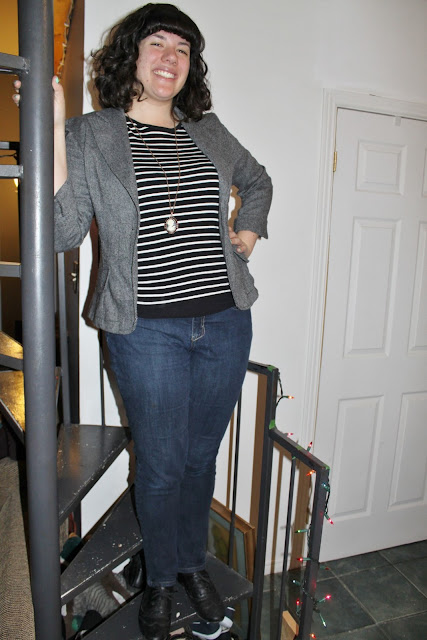 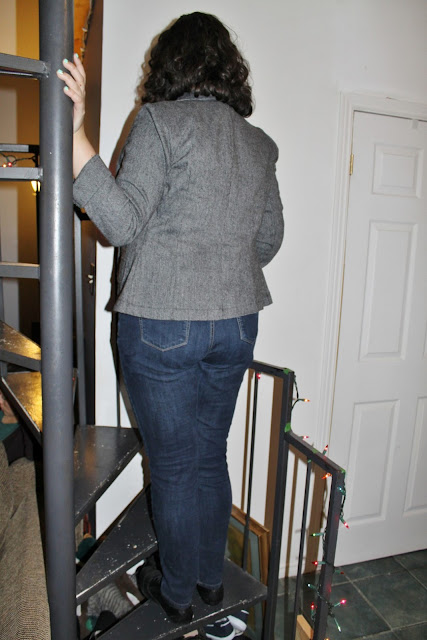 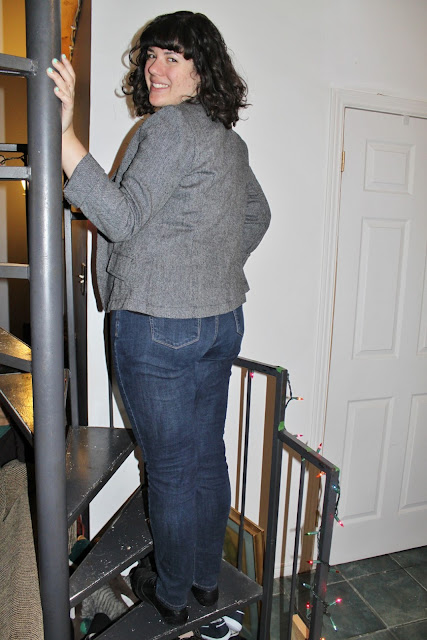 I wore this outfit during a shopping outing with my sister and then to a work dinner afterwards. I totally intended to do my photo an hour for January that day, but that didn't work out. I found it really hard to remember to stop what I was doing to take a picture every hour. I only ended up taking about five pictures, it was an epic fail. I did get a lot of great stuff during our trip though, some of which I will be showing off next week. I bought one thing at Winners, some great stuff at Talize (including shoes which is crazy since I never find good used pairs), and a lot of fabric because there was a 50% off sale at Fabricland. I am going to be kept busy sewing for a good long while. I bought about 21 meters of fabric at the sale, plus I have about 6 more meters that are designated to projects already. That's just fabric I have ideas for (mostly draping projects), I have three groups of fabric that I already have patterns for too. I think I might have a problem. You guys are going to be treated with some hand made stuff in the future.

My work dinner was really good. It was our Christmas dinner, which apparently they always have the third week in January. We went to a Vietnamese restaurant called Binh Minh. I had never been there before and I must say that the food was absolutely delicious. The portions were ginormous and were decently priced. I also got a honeydew bubble tea (if they serve it I usually order one) and it was very tasty. If anyone has a chance to check them out (there are two locations in Hamilton) I would highly recommend it.
Posted by Hopefully Smashing at 09:00