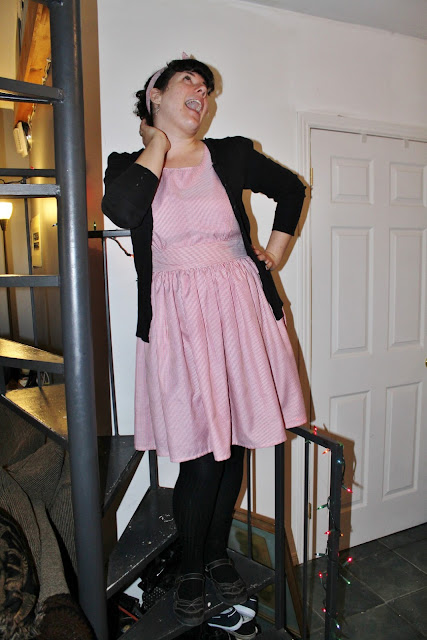 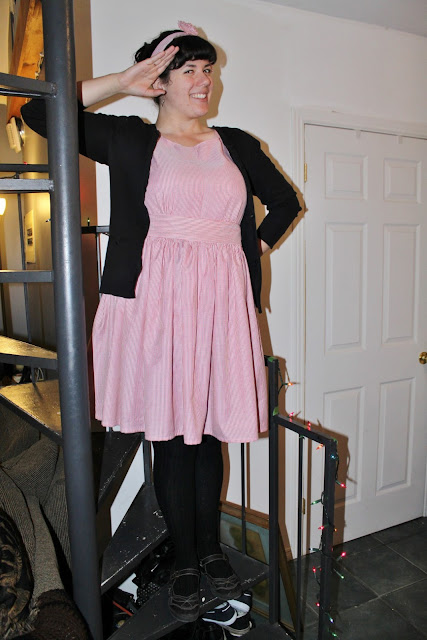 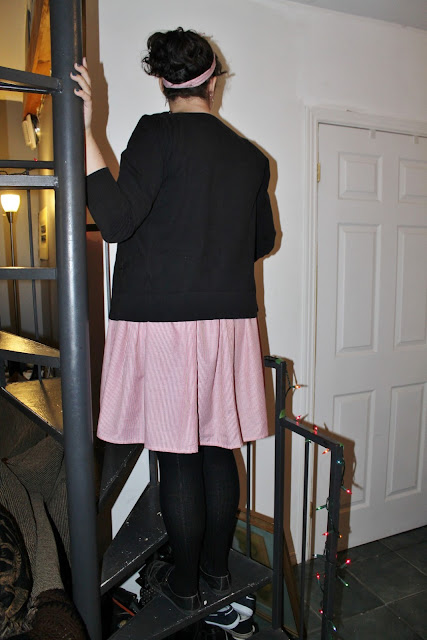 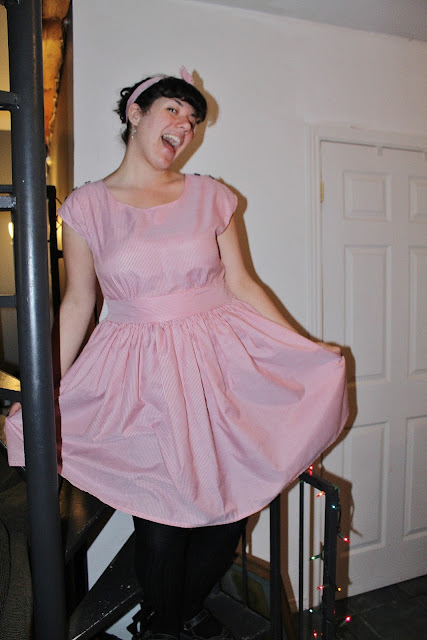 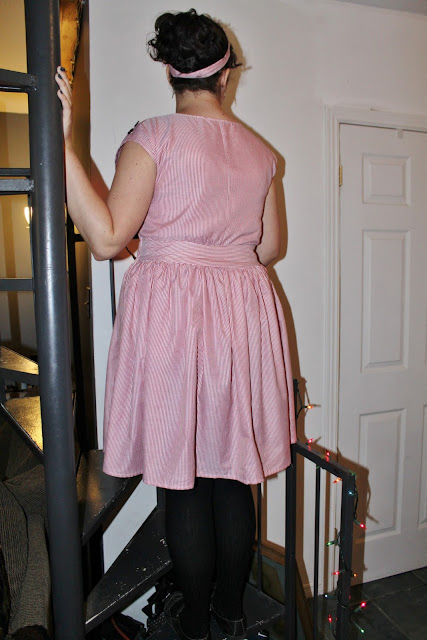 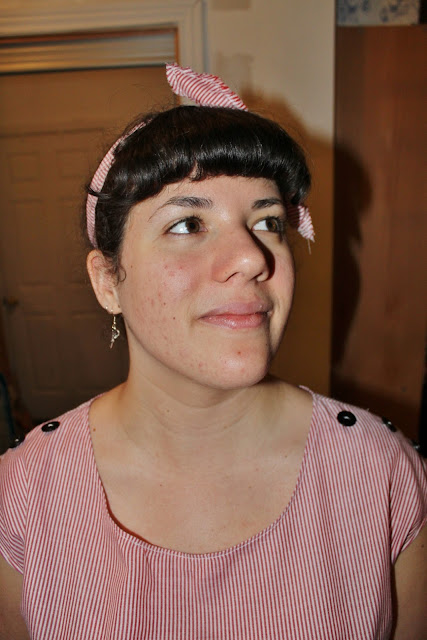 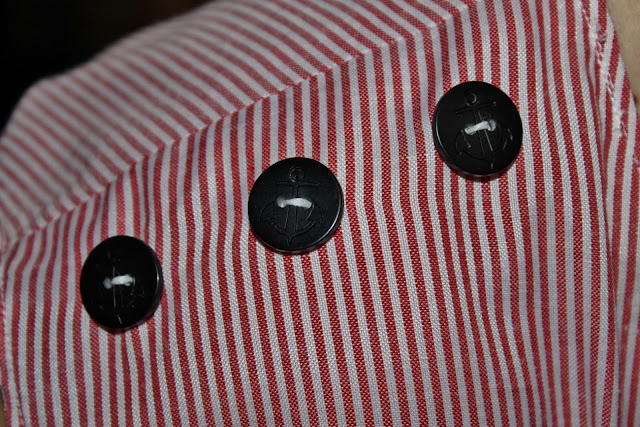 What I Wore:
Dress: Made by me
Cardi: Smart Set
Tights: Ardene
Shoes: Blowfish
Head Scarf: Made by me
Earrings: Gift from a friend (they're little scissors!)

I made this dress out of some fabric I bought from my work when I first started there a few month  ago. As soon as I saw it I immediately had a design in mind, but I debated about buying it for a few weeks. I finally bit the bullet and bought it, I just couldn't resist. I draped the dress on my mannequin sometime in November and had all the pieces ready to go, and then Christmas happened. I made a lot of my presents this year so this dress kind of got put on the back burner until all the madness had subsided. I finally got a chance to work on it last week (after I was feeling better from my monster cold) and finished it up on the weekend. I wore it to work on Sunday and it was a big hit. Even my mum said something, which is really rare. I absolutely love the anchor buttons on the shoulders, I think they are my favourite part. I actually bought them a while ago and had no particular use for them until I thought up the design for this dress. I still have a few of them left since I bought a bunch in different sizes, but I am glad I was able to use some of them for this project.

I am going to admit that the head scarf was not entirely my own idea. I saw a customer wearing one while I was at work (made out of the same fabric and everything) and I thought it would go perfectly with the dress. First I measured around my head and figured out what length the scarf would need to be to tie nicely. Then I just cut out a strip of fabric that length and made the ends pointed. Next I chose a decorative stitch on my sewing machine and sewed around the edge so that it wouldn't fray too much. Eh voila! instant head scarf. Overall I am quite pleased with how the dress/scarf turned out. Now onto my next project!

Email ThisBlogThis!Share to TwitterShare to FacebookShare to Pinterest
Labels: Sewing, What I Wore