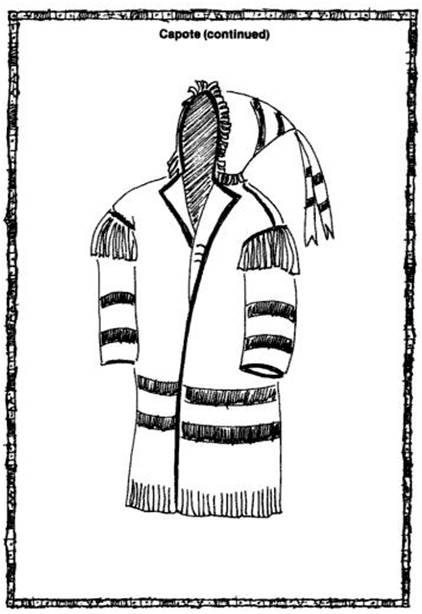 Before I begin provide you with the instructions on how to make your own blanket coat I thought it would be neat to give you a bit of background history. The Capote (the traditional name for a blanket coat) began as a hooded coat that was worn by French sailors. The earliest known reference to one was made by the First Nations in 1644. As more and more sailors and traders began coming to Canada, the blanket coat was seen more frequently. It soon became a popular item among the natives and French settlers. Over time the coats were used by the military, and eventually were popular with upper class people. By the late 1800s they were promoted as a kind of national dress, and continued to be popular up to the turn of the 20th century.

Traditionally the size of the coat was established by the size of the blanket. The coat could be made out of any thick wool blanket. As some of you may know the most popular blanket to use was the Hudson's Bay 3 point blanket. I wanted to make mine out of a Hudson's Bay blanket, but they cost about $400 now so that was out of the question. I ended up finding a suitable replacement for around $7 at a thrift store. The blankets that were used were called  point blankets after the system that was used to determine how big the finished blanket would be. The coat would have been hand-sewn and the seams were whip-stitched down. The outside edges were finished with a blanket stitch. I used a sewing machine to construct mine, but I did do a blanket stitch around all the edges and I hand-sewed the seams down. Every part of the coat had a practical application, for example, although the tassels seem silly they would have been tied around the neck to keep the hood up in wind storms. the coat had no buttons (even though I used snaps to close mine) and was usually done up with a belt or sash at the waist.

I followed the instructions from Mountain Man Crafts and Skills by David R. Montgomery. I didn't use the traditional size blanket because it was impossible to find, so I adjusted the measurements a bit to fit a smaller size. The following images are the exact instructions from the book. 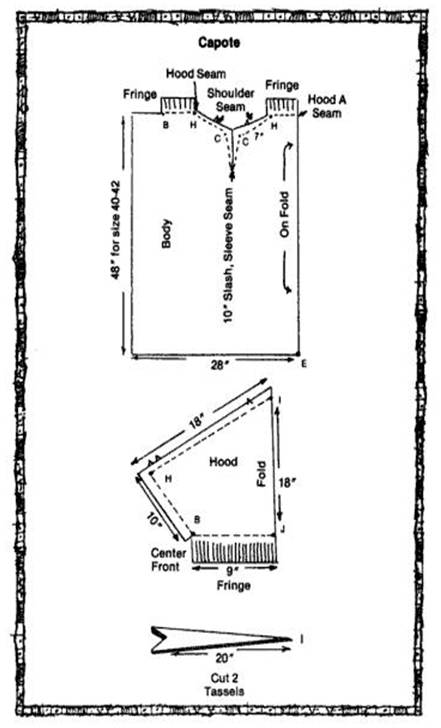 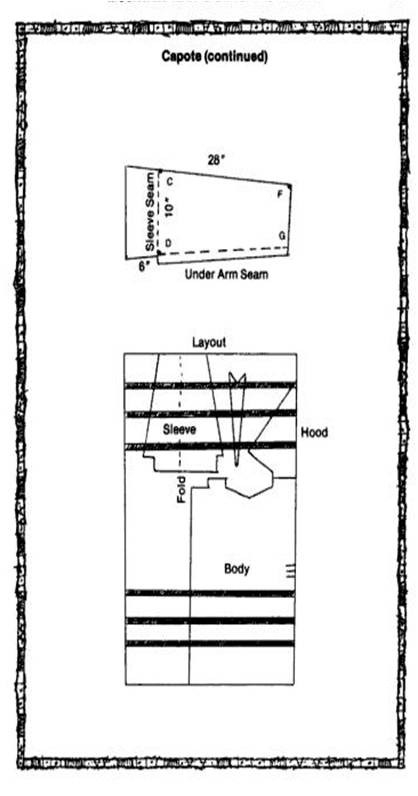 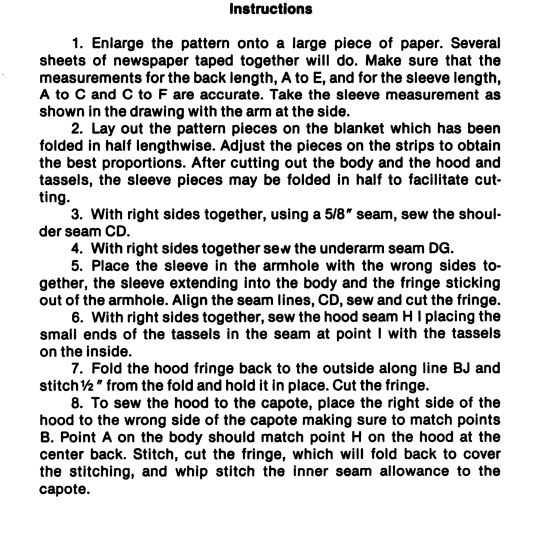 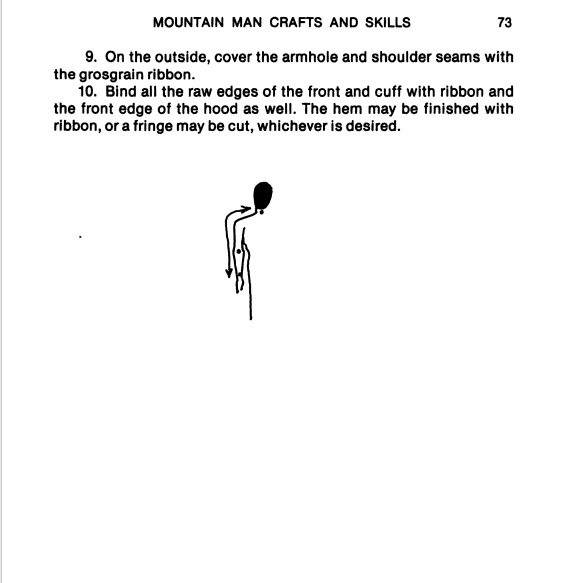 (Source for all images)

I hope that you found this post to be informative and interesting. If you plan on working on this project and have any questions please comment on here or e-mail me, I would be happy to help you out. Happy sewing!

Email ThisBlogThis!Share to TwitterShare to FacebookShare to Pinterest
Labels: Sewing