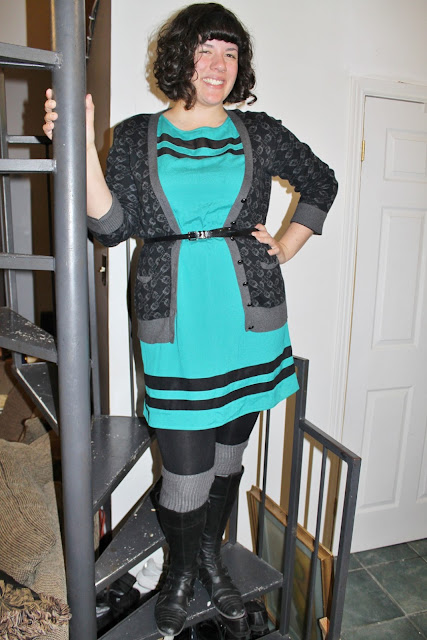 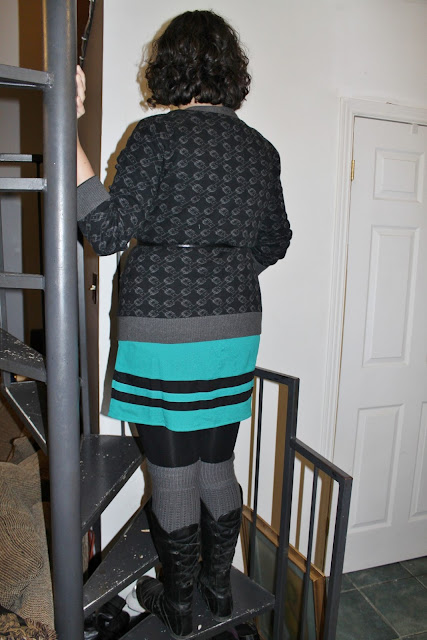 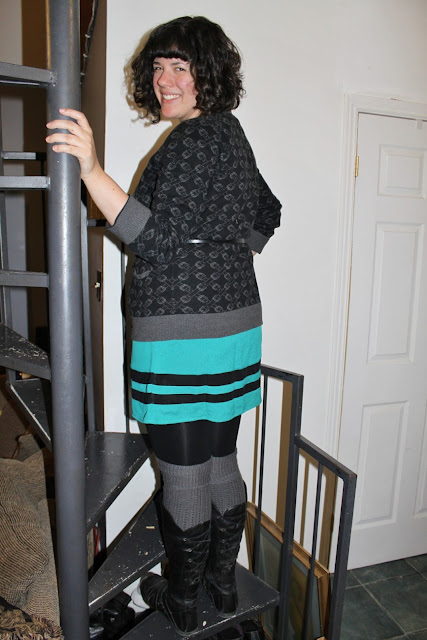 I really love this dress. It is another one that I picked up while in Florida. The colour is beautiful and it actually matches a pair of shoes I bought at Target the day before I got the dress. I haven't been able to wear the shoes yet because it is still snowy and gross here, but hopefully soon it will start to clear up and I can wear non-boots again. It looked like it was getting better over the last few weeks and then we had a major storm on Tuesday night and now the city is covered in dirty old snow again. My plans for Wednesday did end up getting canceled because of the storm, which made me sad, but hopefully I will get to see my friend sometime in the next two weeks instead.  It is really hard to plan around crazy work and life schedules sometimes. That was a bit of a tangent, the point being I will probably wear the shoes and dress together at some point in the not to distant future (fingers crossed).

I also just wanted to point out that my cardigan is covered in belts. People often ask me what the print is and that's what I tell them is on there. At first I wasn't too sure myself but upon closer inspection I am quite certain that they are belts. What an exciting story! I thought it would be kind of funny to wear a belt over a cardigan covered in belts, I am pretty hilarious like that. I like clothing that has prints of other items of clothing on it. I kind of collect them actually. I used to have a lot of things with shoes on them, in fact I still have a tote bag with shoes on it that I use as my work bag. Maybe I should do a photo shoot of my weird little collections like that, we'll see. This post is getting pretty disjointed so I am just going to stop rambling now. Happy Friday/March everyone!
Posted by Hopefully Smashing at 09:00