A Short Skirt At The World's End 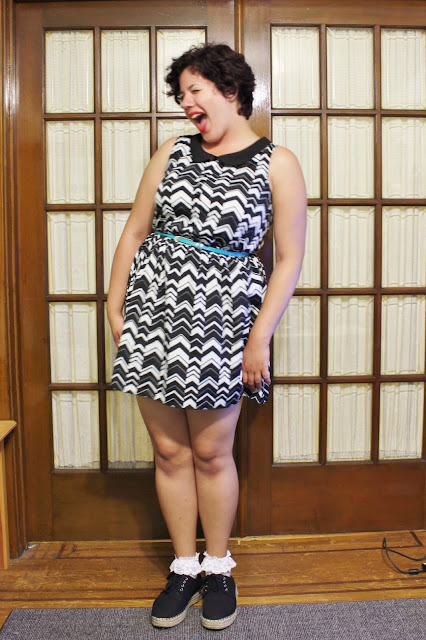 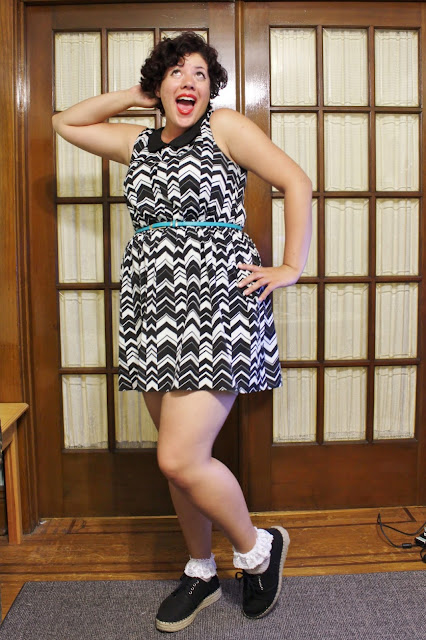 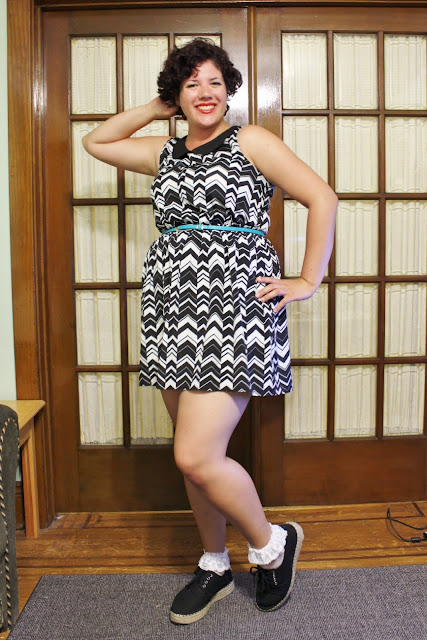 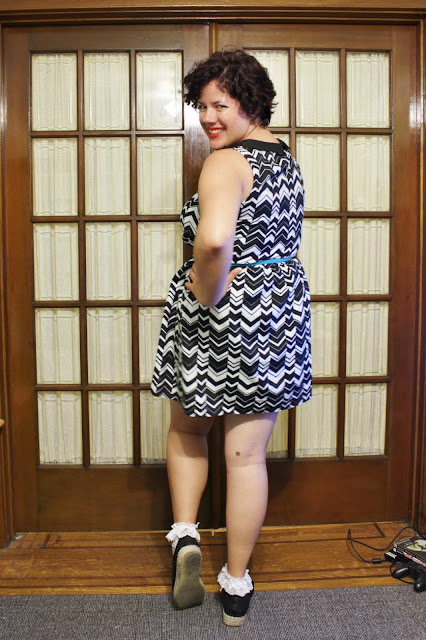 I absolutely love this dress. I am a sucker for anything that is black and white, and the peter pan collar sold me on it. It's a little short, definitely not appropriate for work, but it is great to wear on days off. We were experiencing a bit of an end of summer heat wave last week too so I was grateful for any sleeveless clothing I could get my hands on. I am also in love with these shoes from ASOS. They were part of my first ever order from there, along with the sweater I posted about on Monday and a dress I am saving for my birthday (next week ahhh!). These shoes are my first pair of proper flatforms and they are super comfortable.  I can wear them for an 8 hour shift at work and my feet still feel like I am walking on clouds. The style is a little more summery, but I am going to try to wear them into fall as much as possible. I wore this outfit out last week to go and see The World's End with my sister and Colin.

Speaking of The World's End I think it is time to discuss my opinion on it.
*Spoiler Alert*
I love Simon Pegg and Nick Frost, and I love  Shaun of the Dead and Hot Fuzz. I have seen both of those movies a ridiculous number of times and know them by heart. So of course I was really excited when I heard that they were finally making the final movie in the Blood and Ice Cream trilogy. All of the trailers looked great for The World's End, and even critics liked it, which is surprising for comedic films. The story is set around Gary King (Simon Pegg) and his four friends Peter Page (Eddie Marsan), Oliver "O-Man" Chamberlain (Martin Freeman), Steven Prince (Paddy Considine), and Andy Knightley (Nick Frost) from high school.On the last day of school the five friends attempt to complete and epic pub crawl, called the Golden Mile, that consists of 12 pubs spread out across their hometown of Newton Haven. They don't end up completing the journey, and don't attempt to complete it again before they move away for university. As the years go by the friends grow apart, Gary and Andy (Frost) have a particularly bad falling out and don't speak to each other again. Fast forward to more than 20 years later where Gary is leading a relatively unsuccessful life that involves a tiny apartment and self help groups.Gary decides that he wants to get the gang back together to attempt the pub crawl again. After much persuasion his friends agree and they all head back to their hometown for the weekend. Things start to get weird almost immediately after they arrive, and the five soon discover that the townspeople have been replaced by "robots" (who are actually controlled by aliens). I thought this was a brilliant concept and I liked how they handled giving the townspeople an eerie, off putting vibe. The story continues with Gary attempting to complete the Golden Mile while his friends try not to get replaced by the "robots." The action scenes were great, and there was no shortage of the hallmark Pegg and Wright witty repartee. Sadly things went sour for me in the last 10 minutes of the movie. I really did not like the ending. It did not have the same feeling as the other two movies in the trilogy. I mean not everything is happy-go-lucky at the end of Shaun of the Dead or Hot Fuzz, but at least they have some kind of closure. I think that was the entire problem, there was absolutely no closure for the major plot points of the movie. Sure, they escape the aliens and save the world from being taken over, but once they escape the group gets separated and never see each other again. You never find out why Gary tried to commit suicide, and he and Andy never really make up. Gary doesn't grow up or realize what he wants from life, he just befriends the younger robot versions of his friends and they form and old west style gang. It wasn't even bitter sweet, it was just depressing. I really wish they would release some kind of alternate ending that touched on the unresolved stories. Obviously this is just my personal opinion, but I think this one was my least favourite of the three movies. Have any of you seen it? What did you think?
Posted by Hopefully Smashing at 09:00