As I mentioned in my outfit post earlier today over the weekend I did Doors Open and I was stationed at Hamilton's Green Cottage. The cottage was originally owned by shipbuilder's and was built c. 1885. It is now owned by Peter Ormond, a member of the Green Party. Peter has converted the house to be entirely off the grid and sustainable. It is powered by two solar panels, one for electricity and one for hot water. He has no major appliances and eats mostly local and homegrown food. The interior of the cottage was gutted, and with the help of a designer and architect it was rebuilt with entirely reclaimed materials. The cottage is furnished with antiques and other reclaimed items. Here are some select images that I took while volunteering. 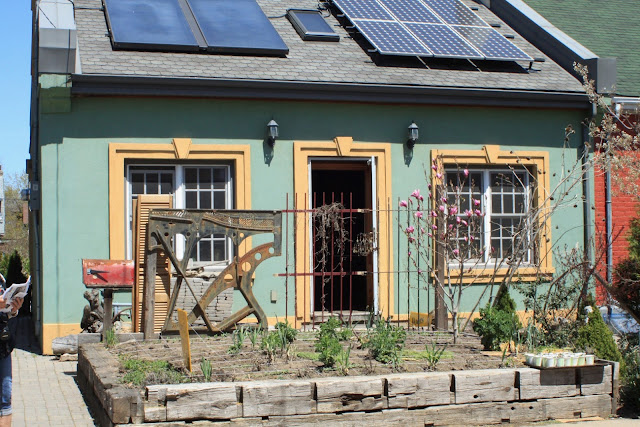 Here you can see the solar panels on the roof. I believe the one on the left is for hydro and the right is electricity. 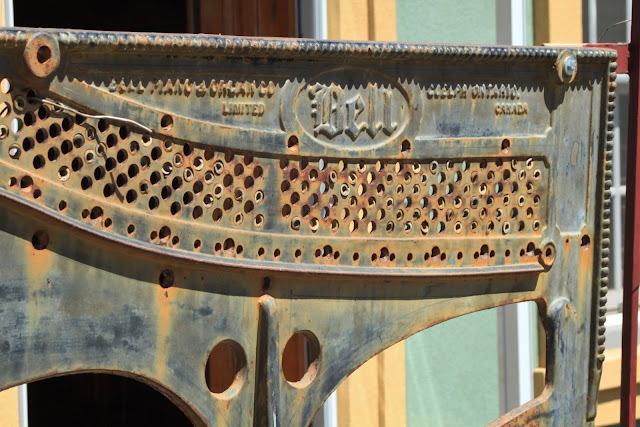 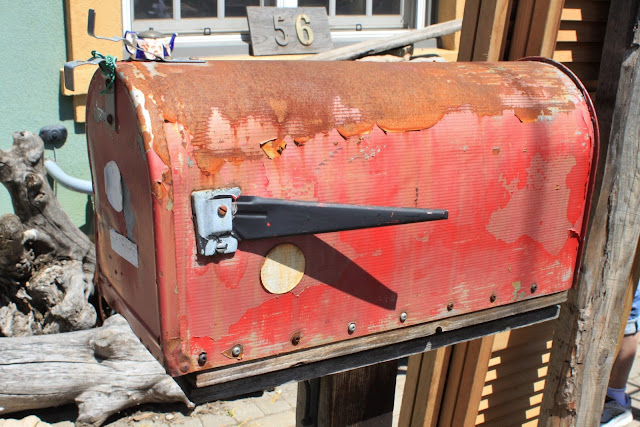 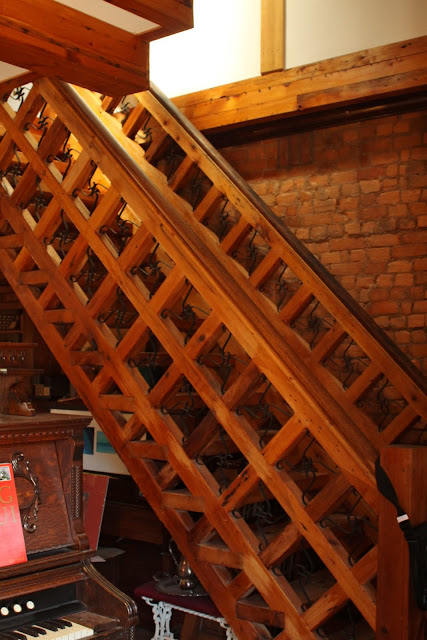 The amazing reclaimed wood staircase and part of one of the two pipe  organs. 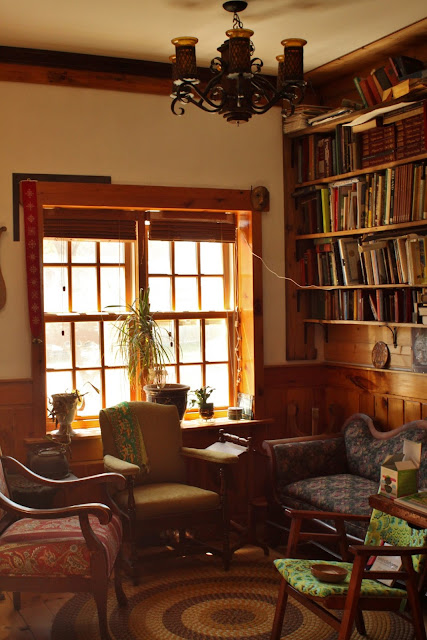 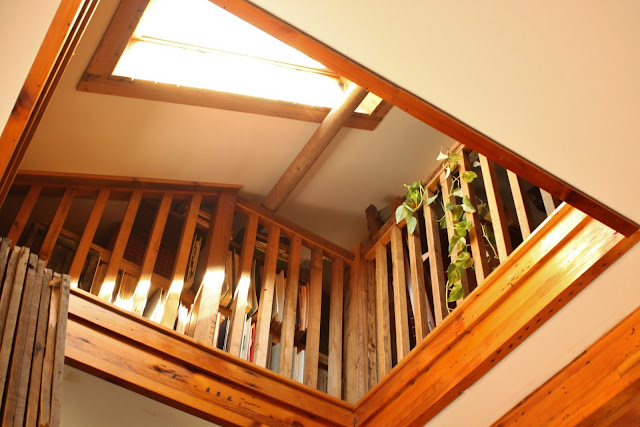 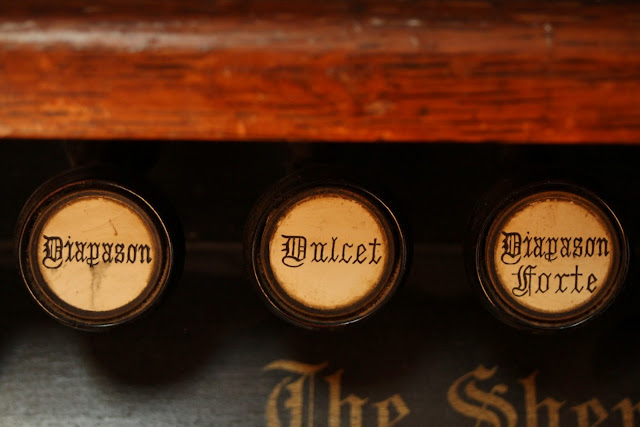 Close up on the pipe organ keys. 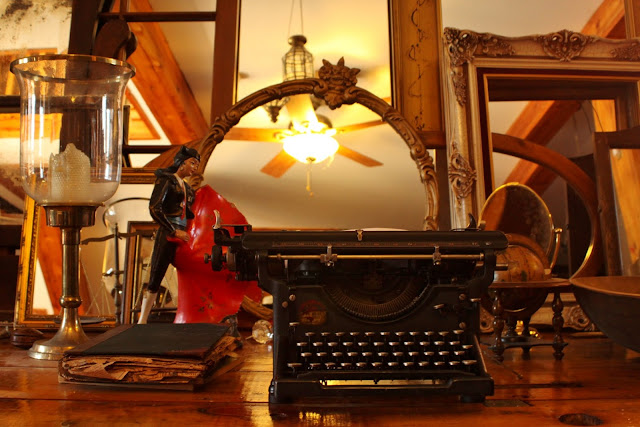 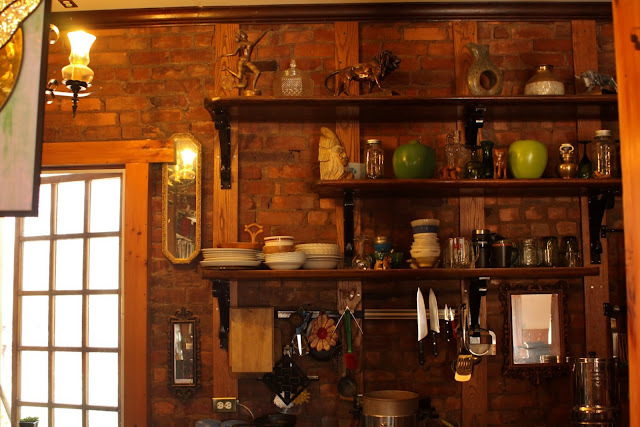 The kitchen area, sadly I did not take a picture of the beautiful bar (not sure why). 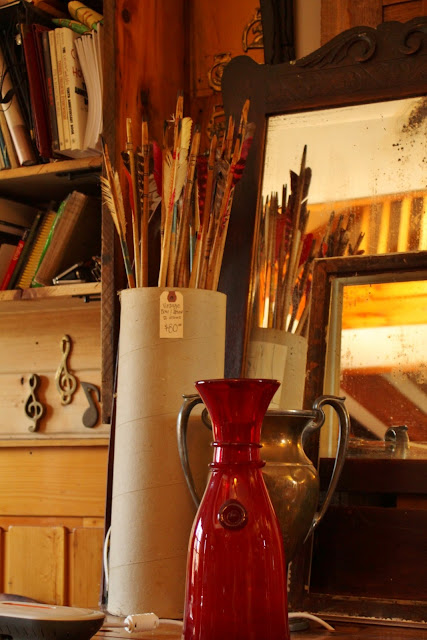 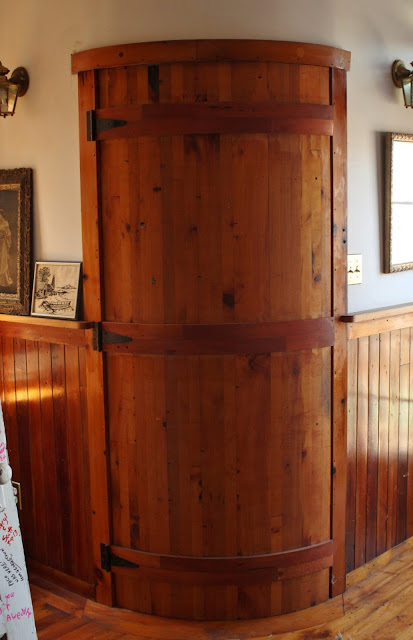 The cool curved door to the bathroom. 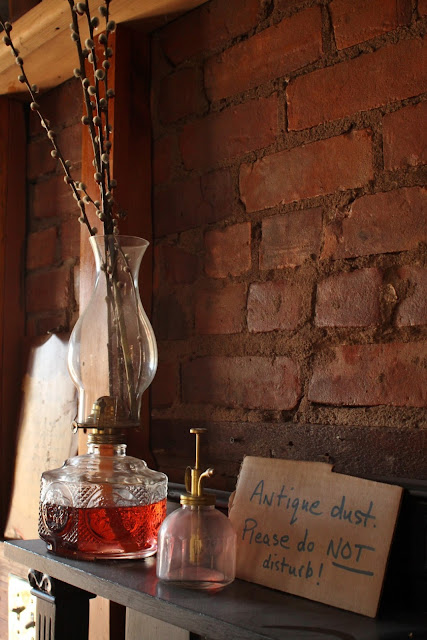 Do not disturb the antique dust.

The house had a large number of visitors over the weekend, and it was great to see the reactions of everyone as they came in (I was right at the door). The most common first sentence was "It's much bigger on the inside."  which totally made me think of  Dr. Who. Everyone also loved the staircase, with good reason, and the antique dust sign. A lot of people were surprised that someone actually lived there, but once they met Peter I think they understood it more. There was delicious bread from Vagueira Bakery (if you have not had their bread you are missing out) and coffee from Homegrown Hamilton. At closing on Sunday this guy started playing "Let It Be" on the pipe organ in the back room and everyone started singing along, it was so much fun. It was a nice close to a great weekend. I definitely want to volunteer again next year, it was an amazing experience.
Posted by Hopefully Smashing at 11:00

Email ThisBlogThis!Share to TwitterShare to FacebookShare to Pinterest
Labels: Photography