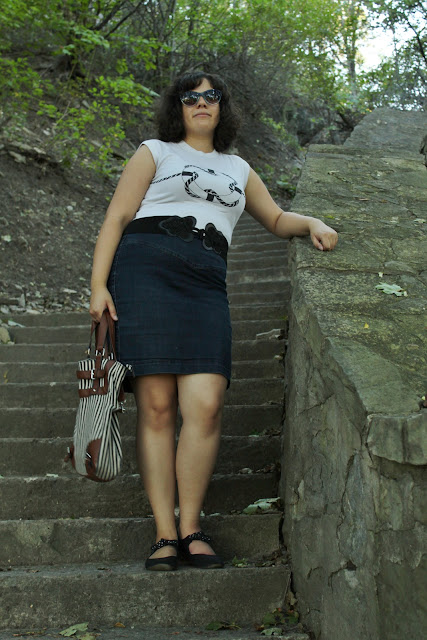 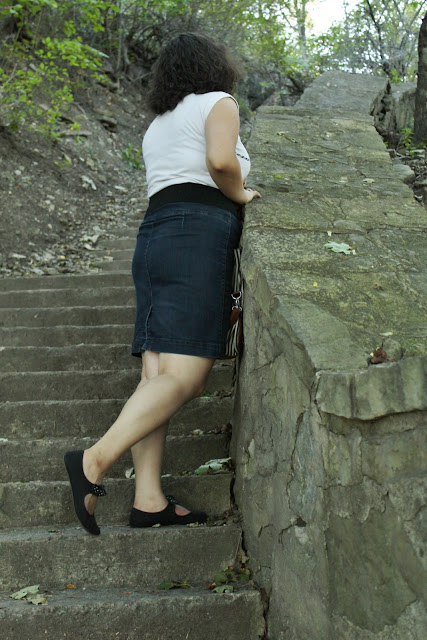 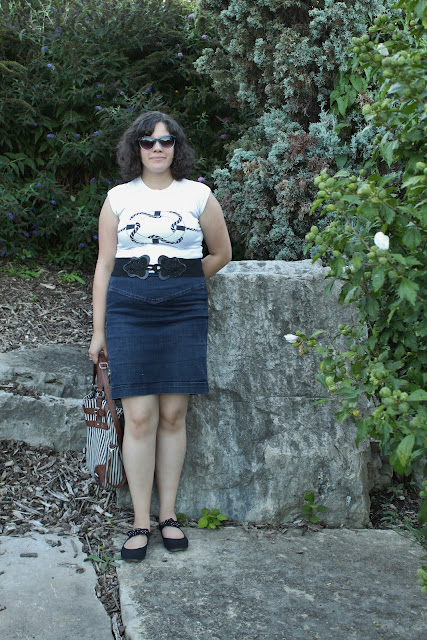 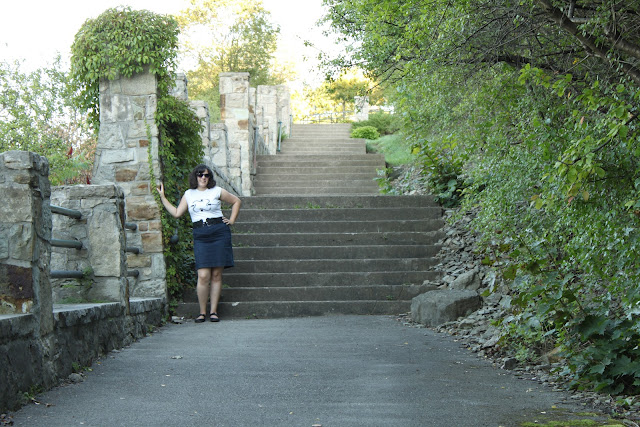 I absolutely adore this shirt. It was my mum's, and I finally beat her down enough for her to give it to me. She steals my clothes all the time so it's only fair really. I only got to wear it once before I spilled some kind of grease on it, I was so sad. I am such a messy eater, most of my white clothes don't survive for very long because I always end up eating spaghetti and getting sauce on them. Luckily my mum worked her stain removing magic on it when I got back from Halifax and voila, it's like new again!

Today Colin and I took advantage of the lovely almost fall weather and took a walk around the mountain brow. For anyone who is not from Hamilton the city is along the escarpment. We call the part of the city that is on top of the escarpment the mountain. It's kind of silly because it's really just a big hill, but I'm used to it and it just kind of sticks with you. Speaking of silly and Hamilton, my post is called Hammer Time because we Hamiltonians like to call Hamilton the Hammer. Yup, we're awesome.

Jes over at the The Militant Baker has started this really interesting link up called 25 Things Fat People Shouldn't Do. She compiled a list of random things from around the internet that people said fat people shouldn't do and she wants people to join in taking pictures of themselves doing things from the list. It's a really cool idea. This is week three of the project, I wanted to join in but I discovered it over the weekend and couldn't think of something to do for this weeks link up. I will definitely be attempting to join in over the next few weeks though.

That's about it in my neck of the woods. I plan to have the project that I gave you a sneak peek of last week done soon so more to come on that in the near future. I think I have finally decided what I want to do with my hair so there might be a change coming there soon too.

Posted by Hopefully Smashing at 22:00