I have been a bad blogger lately but I was just feeling no motivation over the weekend to take outfit pictures. I had Monday off and instead of getting dressed and leaving the house I got some chores done that I have been meaning to do for a while. So instead of being blog productive at least I was life productive. Our roommate was moving out her stuff today and we had to re-arrange the living room so I decided to take some silly pictures during the process. 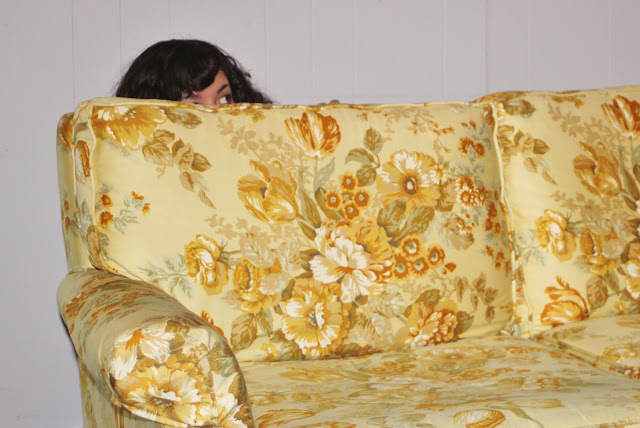 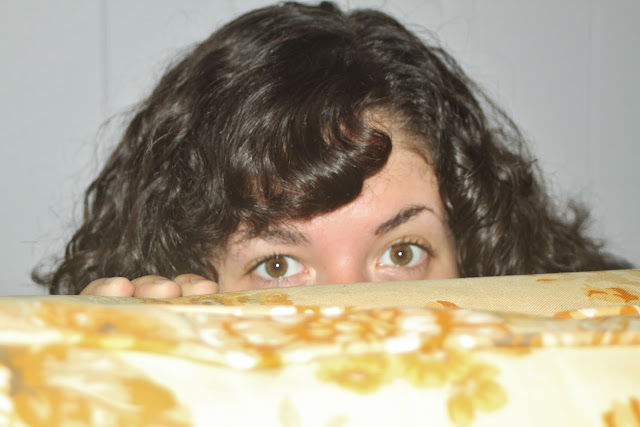 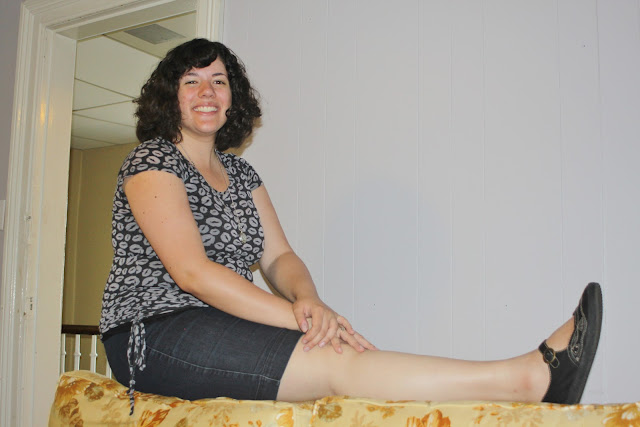 Sitting on the couch 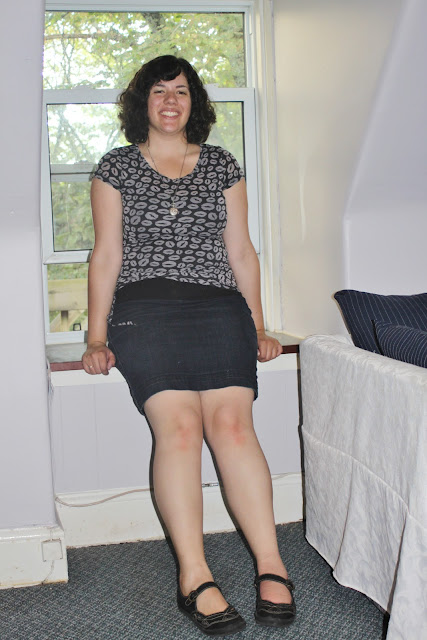 Beside the window where the other couch was 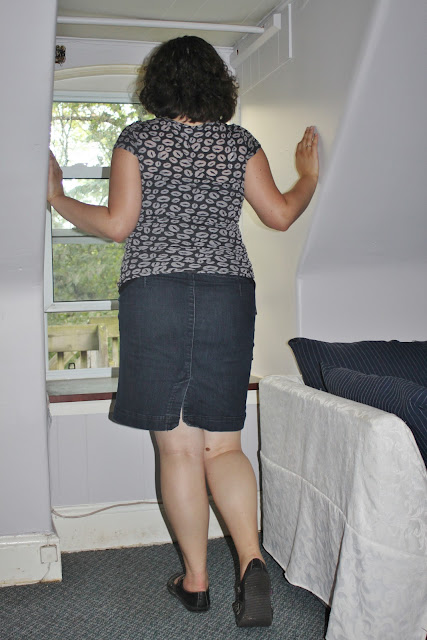 Warning! *SPOLIER ALERT* for those of you who are late in seeing  the Dark Knight Rises (like I was) this post will contain some coverage of the movie. If you do not wish to know about it please skip to the next paragraph. If you wish to learn more, read on. I just want to say first that I really enjoyed the movie, despite the row of teenagers who were constantly checking their phones, talking, singing along to the American national anthem (a kid sings it in the movie), and frequently going up and down the stairs. We also discovered afterwards that someone had brought a one litre carton of milk into the theatre, who does that? Even with all of that it was very enjoyable. I must admit that I saw the plot twist of Marillon Cottiliard's character being Ra's Al Ghul's daughter. I think they built it up a little too much and then killed it and her off to quickly at the end. The ending totally made up for that though. I did not see the Joseph Gordon-Levitt as Robin twist coming, and I really hope they go somewhere with that one. Colin (who is a bit more of an expert on this than I) and I both agree that he would make a really good Robin or Night Wing. Colin thinks they should have made him Dick Grayson, but that would have been a bit too obvious in my opinion. I also loved the tie in with Michael Caine at the cafe and then he sees  Christian Bale and Anne Hathaway, that was good. I just wonder how the heck he got out of that plane especially since there was no auto-pilot as they kept repeating incessantly. I think it was a good wrap-up for the trilogy and I hope they go somewhere with the Robin sotryline in the future.

I am going to admit that I really have problems mixing and matching my clothing. I always go back to the same staples, or if I wear something that I really like I will re-wear those pieces together every time. Reading other people's blogs, and starting this one has really helped me branch out a bit, but I still have problems seeing the potential in my clothing pieces. It is something that I need to work on more if I want to keep posting new outfits on here. I find it easier to mix it up in the fall what with layers and everything, but in the summer it is really difficult. If anyone has any tips about how they do it they would be much appreciated!

Posted by Hopefully Smashing at 18:51