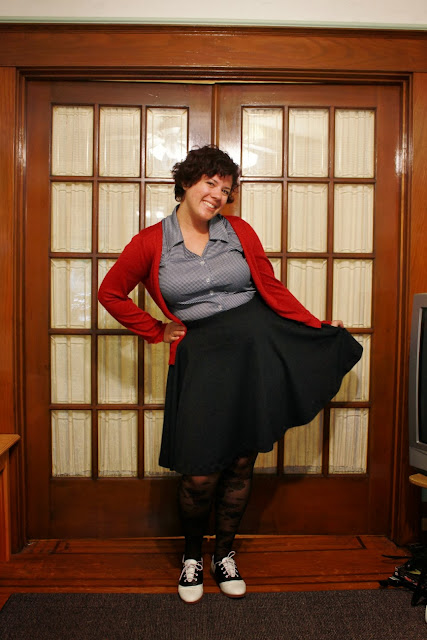 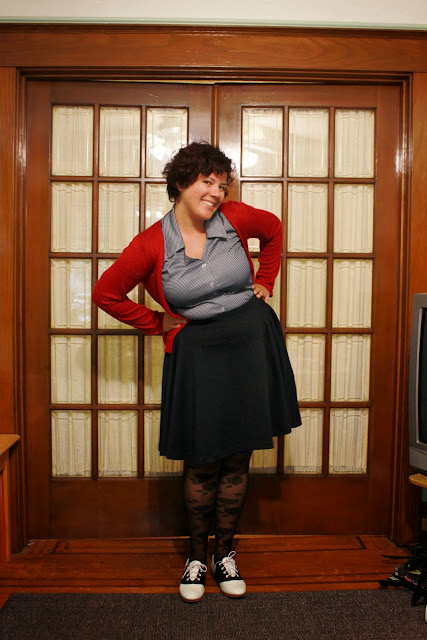 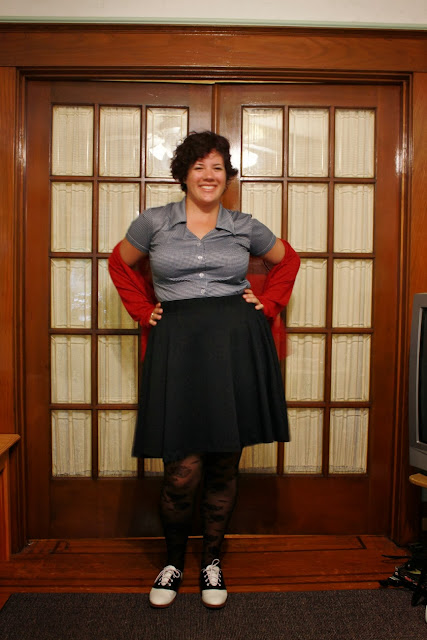 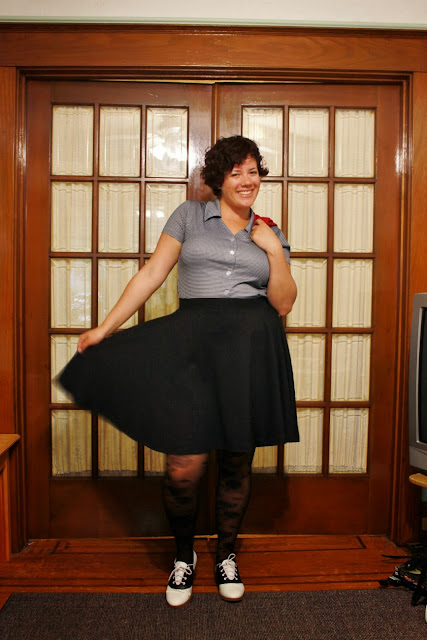 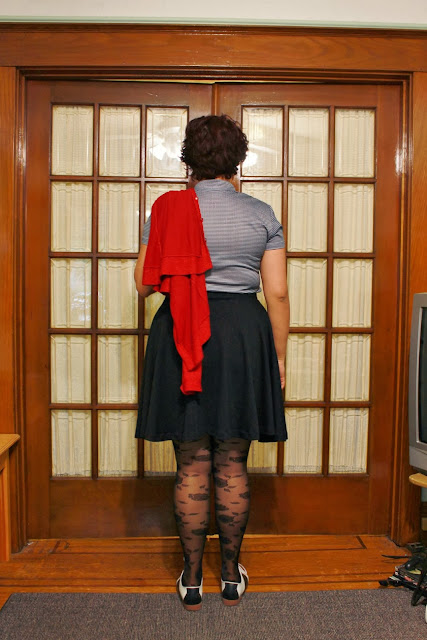 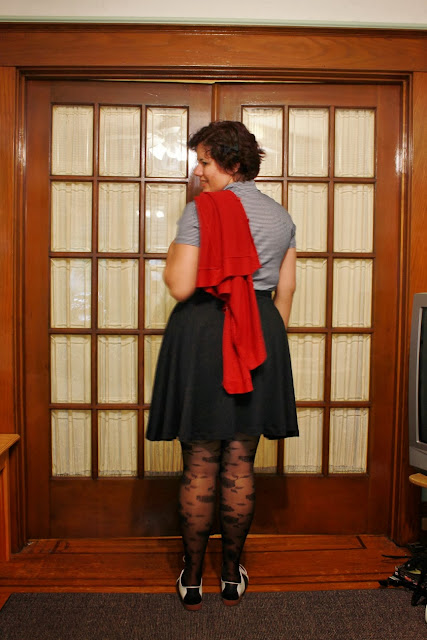 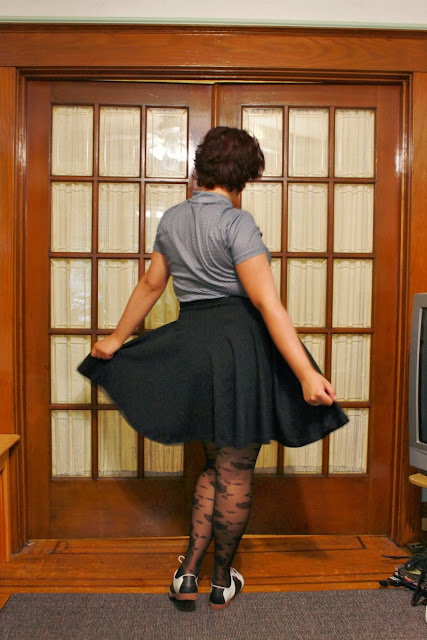 First of all, you can't really tell from this picture, but the print on the shirt is a very small gingham. I am not sure why, but sometimes I have problems photographing certain stripes/checks and they look super weird in pictures. This shirt is definitely one of the "problem prints," haha! Weird photography errors aside, I am so happy I found it during my last trip to Talize. I really love the collar and the neckline in general. It has a 90s does 50s vibe which I enjoy immensely. Not that I am a huge fan of 90s style (or lack there of, I am using that term loosely), but they got this one right. I feel like a bit like Audrey Horne from Twin Peaks. She kind of channeled the 50s vibe a little bit, but also had the schoolgirl look too. I felt a bit like a 50s teen heading back for the fall term in the getup. I am so excited that it is almost fall and that I can wear tights and sweaters again. I amassed quite the tights collection over the summer and cannot wait to test them out with different fall looks.

As per your suggestion from this post I finally got around to borrowing Fire Walk With Me from the library. I watched it two nights ago and I must admit I was a little disappointed. Personally I felt it just didn't have the same fell as Twin Peaks. A lot of the characters that I really liked from the series weren't in the prequel, or barely even made an appearance e.g. Andy, Audrey, Lucy, Log Lady etc. There wasn't enough of Agent Cooper either, and he is really the best part of the TV show. I also feel like they already told us the whole story piece by piece in the TV series, so the movie felt a little redundant. In my opinion it would have been better to make a two hour movie wrapping up the series instead of telling a story that we already knew. I did like that they explained Bob and the one armed man's relationship a bit more. That whole thing just kind of clicked when they called the little man "the arm." That was pretty cool. But once again I think it would have been better to close of the story from the TV show instead of recreating the events that took place beforehand. Maybe that's just me. Anyone who has seen both, what do you think? Am I stepping on toes here?

Posted by Hopefully Smashing at 10:00

Email ThisBlogThis!Share to TwitterShare to FacebookShare to Pinterest
Labels: Twin Peaks, What I Wore