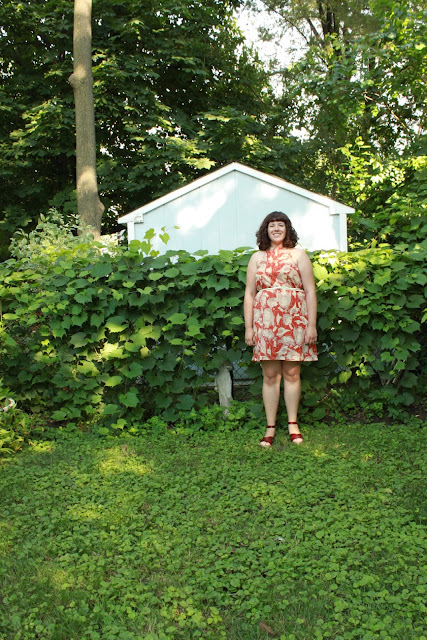 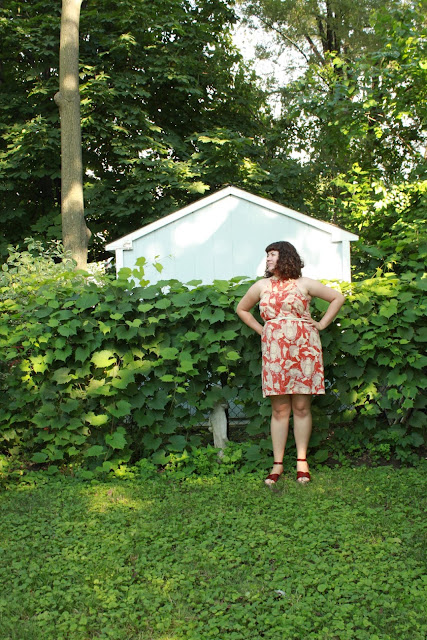 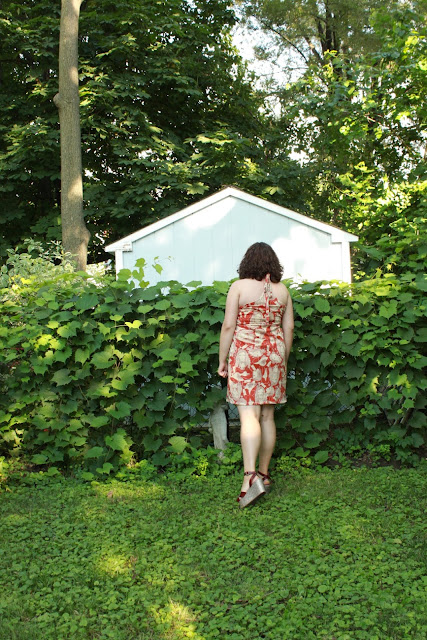 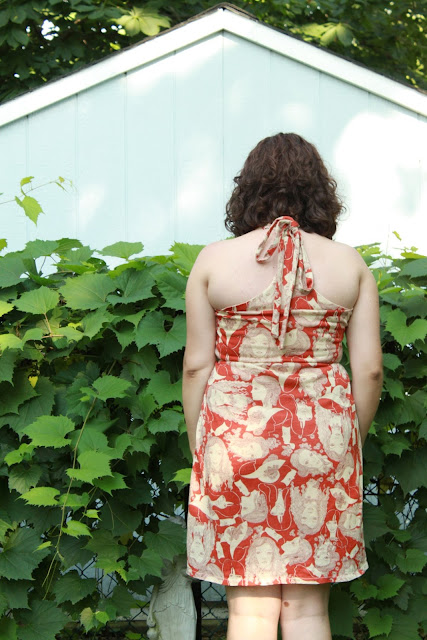 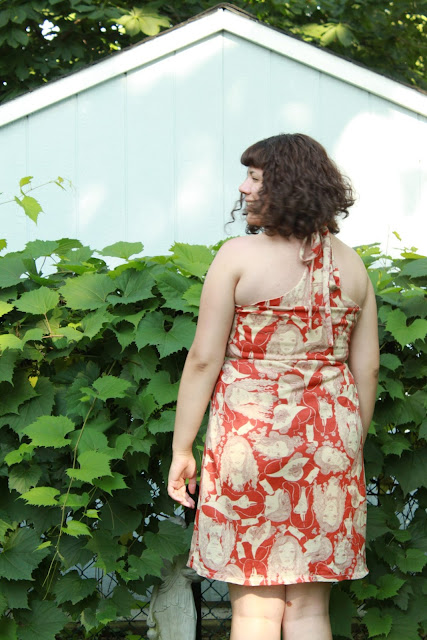 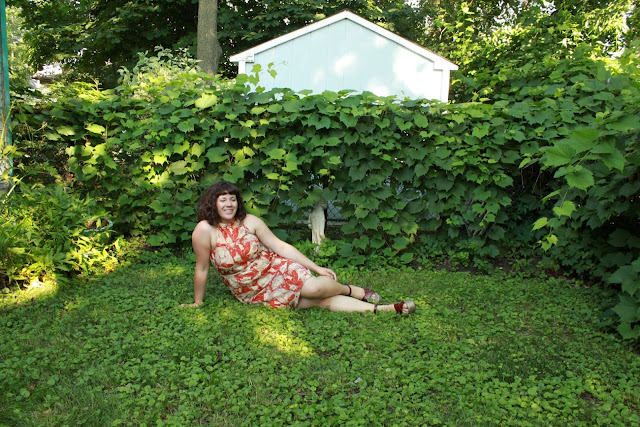 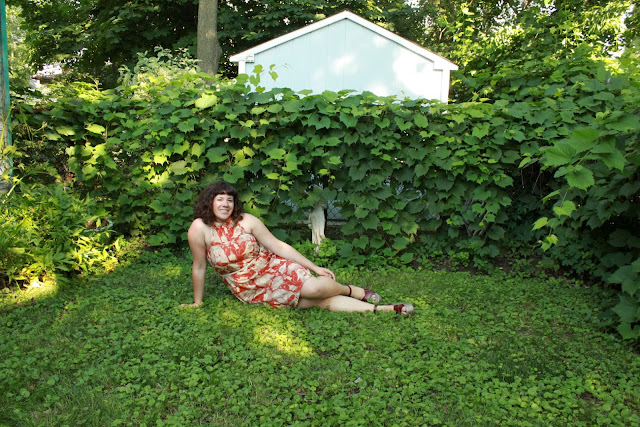 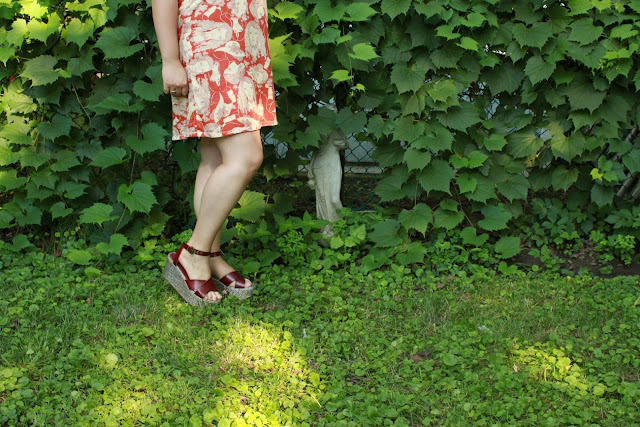 What I Wore:
Dress: Vintage (re-fashioned by me here)
Shoes: Target
Belt: Bealls

Annnnnd we're back! That was an unexpected but unavoidable hiatus. Colin and I weren't sure when the internet was being cut off at his dad's and it happened rather suddenly last Thursday. Then it was a fun run of trying to find a provider that serviced the area. Lots of tethering our phones and ridiculously long phone calls later we finally got set up yesterday. That was one long week let me tell you. I have become really dependent on the internet the last few years, especially since starting my blog. It is probably a good thing that I was forced tot take a bit of a break because sometimes it can get to be way too much. Anyway, back to blogging as usual once again (I know I keep saying this, but this time I promise it's true!). I have fun posts planned for next week (including a sewing room tour) to make up the week of posts that were lost.

I wore this outfit last weekend to my dad's family's annual BBQ. Not too may people attended this year but it was still a lot of fun. It's always nice to catch up with family that you don't get to see all the time. I am really glad I ended up buying these shoes from Target a few weeks ago. I wasn't sure how much I would actually wear them at the time, but they have seen a lot of use already this summer so that's good (ant they were only $8 so you really can't lose). I love the print on this dress, if you can't tell it has a whole bunch of cartoon faces of ladies, it's pretty awesome. I kind of love weird prints like that though in case you haven't noticed. I hardly own any solid clothing, it can be a problem sometimes when trying to mix and match. Oh well, I have become a lot better at mixing prints so I don't need solid clothes anyway, so there!
Posted by Hopefully Smashing at 09:00