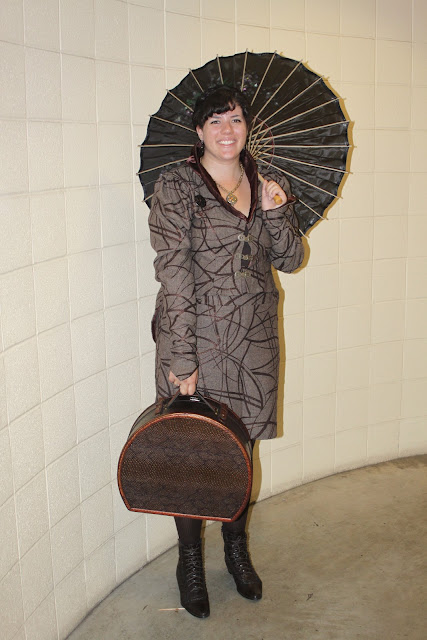 What I Wore:
Jacket: Made by moi
Skirt: Also made by moi
Tights: I have no idea
Boots: Thrifted
Necklace: From a HalCon vendor
Travel Case:  A gift from Colin
Parasol: FanExpo last year

Saturday we went to FanExpo in Toronto which was awesome! In case anyone had any doubts about me being a nerd I think this post has just assuaged the doubts. My outfit was supposed to be steampunk inspired with a more modern twist. I made it a couple years ago while I was still in university. I really enjoy steampunk and am glad that it is becoming more popular because I enjoy looking at the outfits and weaponry. I am not so much into the weapon building part myself, but I like looking at ones other people have made. I should have taken a back shot, but I didn't think about it until after I took it off. The back kind of swoops down like a tailcoat (but one piece instead of two) and has eyelets and ribbon in the middle to cinch it in a bit. I am quite pleased with how it turned out and it is actually one of my favourite things that I have made. At the convention I got to drool over John Barrowman and went to a Q&A session with Alan Tudyk <3 He announced at the beginning of the session that he is single, which of course led to a lot of swooning and proclamations of love from the audience and question askers. He seems pretty down to earth and genuinely a cool guy. We spent most of the day just wandering around and looking at all the vendor and artist booths. This is the fourth year that I have attended and I think the novelty is wearing off a little. There were a lot of people which made it hard to maneuver the crowds. Not as many people were dressed up, and it was hard to ask the ones who were for pictures because everyone was moving so quickly. It's always the same vendors too, with the same stuff for sale. I went a little crazy buying stuff the first few times, but ended up buying nothing this time. This year it was definitely the guests that attracted me to attend, I think I may reconsider going next year, or I might go on Friday which tends to be less busy. Don't get me wrong, I still had a blast and got some great pictures, but it might be time for a break.

Here are some more pictures from that day: 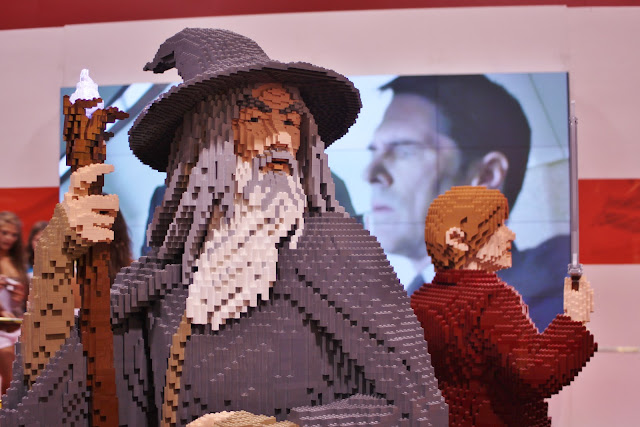 Who else is excited for Lego Lord of the Rings?! There was a lifesize lego Gandalf and Bilbo at FanExpo! 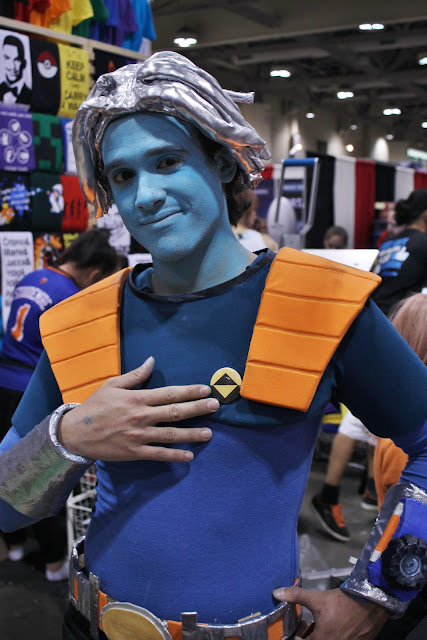 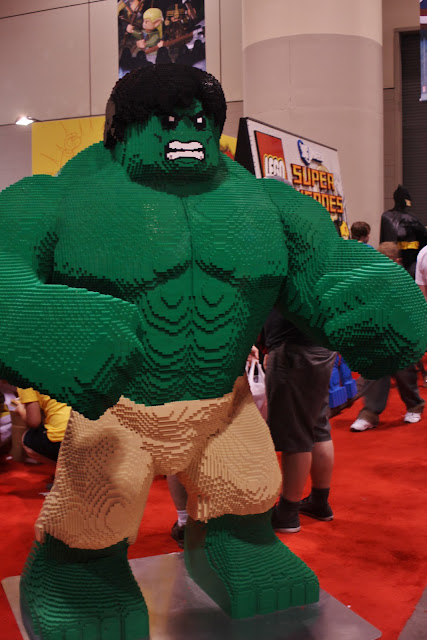 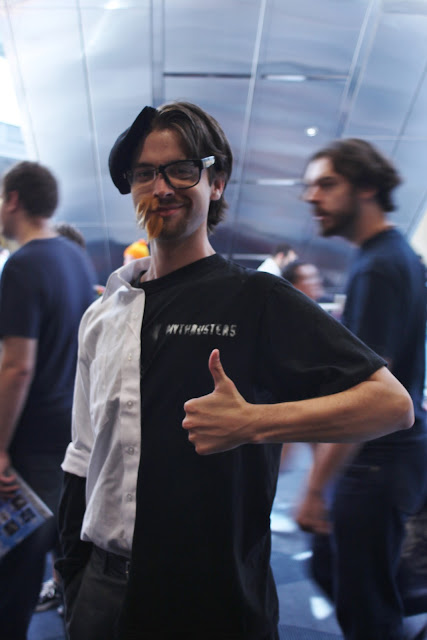 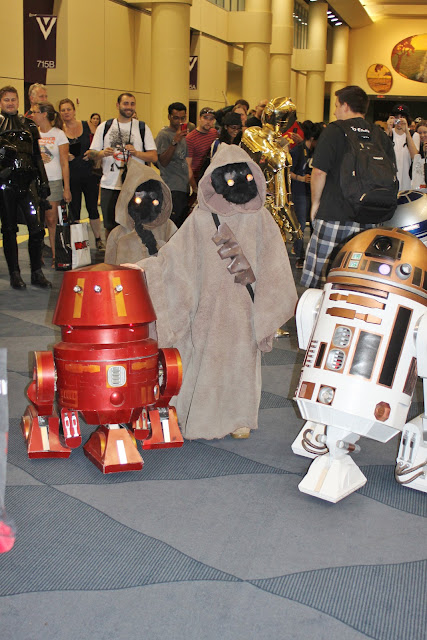 The robots actually were robots!

Getting into the groove of writing posts here is difficult. Friday was very busy as I had an appointment and then went job hunting for the rest of the day. By the time I got home I was really warm and sweaty (yuck) because it has been super humid here. I did not feel like taking any outfit pictures and writing an update. And Saturday of course we were at the convention all day. To be honest I haven't left the house today so thank goodness I had pictures to post from the weekend. I need to step it up a notch and be more motivated to post in the future. I really want to do more sewing and stuff now that I am home too, so expect more posts about that int he future.
Posted by Hopefully Smashing at 19:12

Email ThisBlogThis!Share to TwitterShare to FacebookShare to Pinterest
Labels: Nerd, Photography, What I Wore